PROMOTING WELLNESS VS. ILLNESS: IT'S ALL ABOUT WE VS. I 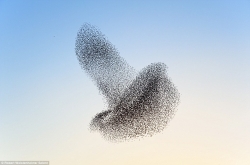 Health and wellness are becoming big all across marketing. Even carmakers are getting into the act. Ford, for instance, just announced plans to partner with WellDoc to build mobile health sensors into its cars. In the future your Focus won’t just get you from here to there; it will also monitor your glucose levels, adapt to a high pollen count, and even remind you to take your medicine.

But in the rush to make the most of health and wellness, there is a danger that companies will miss one of the most important aspects of wellness. It’s not technology, or supplemental ingredients, or even medicine. It’s friends.

In a talk he gave at the TED conference in 2006, Dr. Dean Ornish, who first became well known for talking up the benefits of diet and exercise in fighting heart disease, told a story about a year he spent studying under a well-known swami. As Dr. Ornish recalled it, the two of them were speaking to a room full of medical students when someone asked the swami to talk about the difference between illness and wellness. The swami went to the board at the front of the room and wrote “Illness” and “Wellness.” Then he circled the I in “Illness” and the We in “Wellness.”

It was a simple and profound way to make a point, and a recent series of studies have proven him right. Researchers have shown that what I call “we-ness” affects all aspects of our health and wellness, from how likely we are to survive killer diseases to how likely we are to carry some extra weight and how generally satisfied we are with our lives.

In one survey of almost 3,000 nurses diagnosed with breast cancer, researchers discovered that women who had fewer than 10 close friends were four times more likely to die of the disease than women with 10 or more close friends. That’s an increase in survival rate that any pharmaceutical company would be thrilled with. In another study, of men in Sweden, researchers discovered that the leading risk factor for heart attack after smoking was having only a few friends. More recent research has demonstrated that people living with a lifelong condition like heart disease do better if they share their experiences with others going through the same thing—even if those people aren’t their friends.

Having friends isn’t just about long life. It’s also about quality of life. Highly publicized work by James Fowler and Dr. Nicholas Christakis found that having a friend who became obese made you 57% more likely to become obese as well. Researchers are discovering that both good and bad habits spread socially—not just weight issues but all aspects of health and wellness, including dietary and exercise habits and stress levels. The importance of friends to a person’s health and wellness has become so accepted that in a March 2011 interview with the Los Angeles Times, the U.S. surgeon general said, “We can’t look at health in isolation. It’s not just in the doctor’s office. If you have a healthy community, you have a healthy individual.”

Given all that, it’s not surprising that a study by the RAND Center for the Study of Aging identified “social contacts and family” as the No. 1 factor affecting life satisfaction. This was a robust study, conducted in both the U.S. and the Netherlands. There were differences between the two countries in other life satisfaction elements, such as job, income, and daily activities, but the people of both countries agreed that social contacts and family had the greatest effect on how satisfied they felt.

Fiat’s new eco:Drive system makes the most of the feel-good aspect of we-ness. It began with a wellness product that lets you in put your driving habits to a program that will teach you to blow less carbon into the environment by changing the way you drive. It became a we-ness product when Fiat created Eco:Ville, a virtual town modeled on the company’s hometown of Turin. Software permits you to join Eco:Ville, but only if you’ve changed the way you drive and improved your carbon footprint.

Another marketing-related innovation that builds on the connection between we-ness and everyday health and wellness is the Nike+ system. Nike took a health product—smart running shoes that can record your distance and pace and sync the data to your iPod—and made it a we-ness product by incorporating massive social integration in the form of running teams, geographic challenges and automatic posting of runs to social networks like Twitter and Facebook.

Asthmapolis, an organization that is just getting off the ground, connects we-ness to improving health for chronically ill patients by attaching a small GPS-enabled device to rescue inhalers. With today’s medications, asthma can often be well controlled but isn’t, because people rely too much on their rescue inhalers. Using Asthmapolis technology, whenever someone uses their inhaler, the time and location of use are recorded, creating a searchable map and timeline of their treatment habits that can be shared with friends, family, and physicians.

All these innovations make use of social technologies to weave we-ness into products that have a flavor of health or wellness. But we-ness doesn’t mean just plugging social media into whatever you’re selling. Coke recently rolled out special vending machines in Argentina to promote International Friendship Day. Most of us don’t associate Coke with health and wellness (sorry, Coke), but the company’s smart use of we-ness deserves to be recognized. The vending machines in Argentina were so tall that only by getting a boost from a friend could you put money in. When you did, you were rewarded with two Cokes—one for you and one for your partner.

We-ness is a part of all of our lives, so much a part that we sometimes take for granted just how good connecting with other people feels. Research proves that it doesn’t just feel good; it’s good for us. If you’re in the health and wellness market, or you’re ready to take the plunge, you will do well to include some aspect of it into what you’re selling.